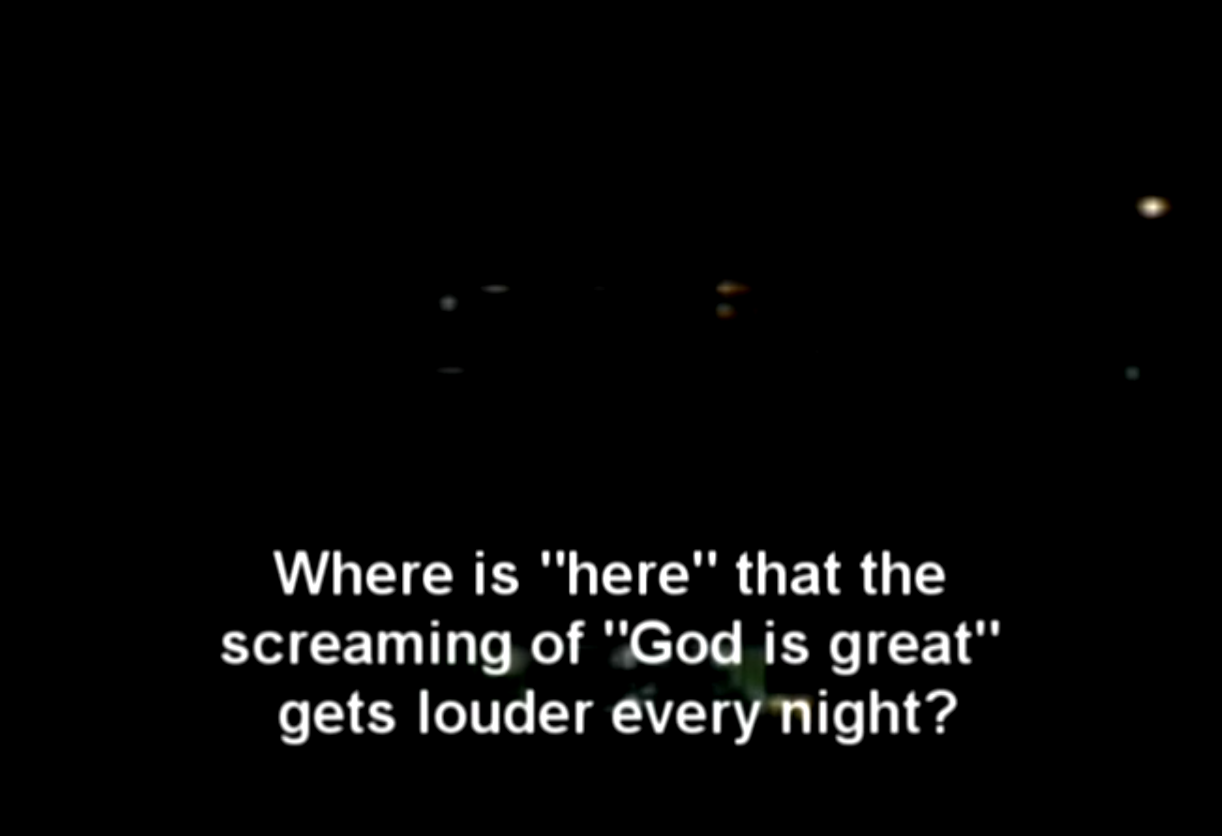 Inja Kojast, “Where is this place”. is an acousmatic piece composed in homage to Poems for the Roofs of Iran, their anonymous author, and the Iranian people who struggled and still struggle against an oppressive system. The poems, written and recited by an unknown citizen of Tehran, were recorded in June 2009, during citizen protests against the rigged Iranian presidential elections. For nine consecutive nights, while Tehran is under curfew and its residents deprived of telecommunications , residents of Tehran go out on the roofs of buildings to chant “Death to the dictatorship “and” Allah-o Akbar ” God is Great. Several recordings of these nights of protest have been shared online anr are use in the piece, along with various recordings of protests around the world. Spatial writing is at the heart of his aesthetic and formal language of the piece.

The piece is a commission by Concert Society Code d’Accès and was premiere at the Prisma event in Montreal.

The Allah-o-Akbars have just begun
I don’t know how much longer this will continue
how much longer people will persist with their Allah-o-Akbars
I just know that since last night they have been knocking on people’s doors
and warned that anyone who shouts Allah-o-Akbar will be identified
Now they have even threatened people not to call God!
many of us are not even Muslims..
many of us don’t even believe in God..
but Allah-o-Akbar is no longer just about being a Muslim
it has become a call for unity
whether Muslim, Jew, Zoroastrian.
faithless.. or faithful.
Many of us don’t even believe in God
but each night we come and on God we call
for the others..
for those who died…
…for me
for you
for Iran
The voices are coming from far away
They leave you shaken
They give you hope
but they also show the helplessness
They show that there are still people searching for justice
And show how defenseless they are
that the only thing they left for them to do is cry “Allah-o-Akbar.”
Let us not forget these voices
Let us not forget this call
Too much blood has been shed for these Allah-o-Akbar to rise
Too many parents will not hold their children tonight
it could have been you or me
one of those destined not to return home last night..
could have been you or me
So let us not forget
let us never forget these days